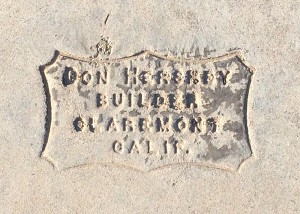 Is this the same Don Hershey that this site is devoted to? This driveway stamp is at a beautiful mid-century modern home at 315 Teasdale Drive in Claremont, CA. The owner contacted us  and sent photos. The stamp says Don Hershey Builder Claremont Calif. Did Hershey go out here and get involved in designing/building homes in Claremont? Did he send plans? Or is there another Don Hershey who worked during the same period building mid-century modern homes in Claremont? I’ve contacted the local historical society and hope for some answers. 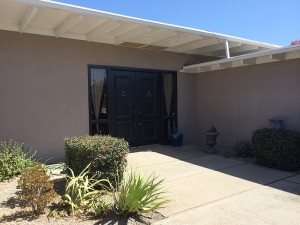 I just heard back from Claremont Heritage who were very helpful and told me there was a builder in Claremont named Don Hershey who built homes for the local architects during the same period that NY architect Don Hershey worked here. I found his obituary online which confirms this. So, mystery solved!